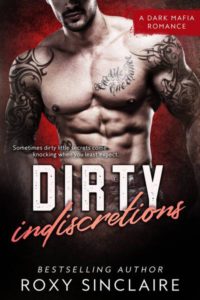 But then I met Luke. A man with secrets as deep and all consuming as mine. Fate is a fickle bitch. But I will get my revenge on Greco and I will give myself to Luke. Secrets can go f*ck themselves.

This is book 1 of the Omerta Series. This is a dark mafia romance novel. There is NO cheating, NO cliffhangers, and a guaranteed happy ending!