The Omerta’s bad boys will keep you on the edge of your seat for a ride you won’t forget.

But then I met Luke. A man with secrets as deep and allconsuming as mine. Fate is a fickle bitch. But I will get my revenge on Greco and I will give myself to Luke. Secrets can go f*ck themselves.

I swear to protect her life, liberty, and body…

I’m done with Tilucci. I’m only doing it to give my daughter the life she deserves.
I’m not the guy that Jane, that fine reporter, thinks I am. And when I say fine, I mean it more than just her work.
I need to help her to get rid of this life of drugs and violence and keep my baby girl safe.
I never expected Jane to like me. But after she forced herself to join me, I knew she was mine.
I will keep them both safe.
I don’t know if she will be okay with a single father like me.
But I’ll make sure to convince her as much as I can. I always do.

Her dad kept him on a tight leash…

I just got out of jail to protect my dad, framed for a murder he didn’t do.
He wanted out since his boss sucked and treated him like crap.
I wanted another tattoo. Something different after being free again.
I couldn’t believe the beauty sitting in the chair across from me.
I knew this place wasn’t for her, but I wanted a taste of her pie.
I took her home. She tasted better than i imagined.
I wanted her again and again.
I knew she was going to be mine.
I don’t think she’ll be happy when I tell her why I want her father dead.
I wanted her for the rest of my life.
But not just for her body.
But because I found out she was carrying my baby.

Each book in this series has NO cheating, NO cliffhangers, and guaranteed happy endings! 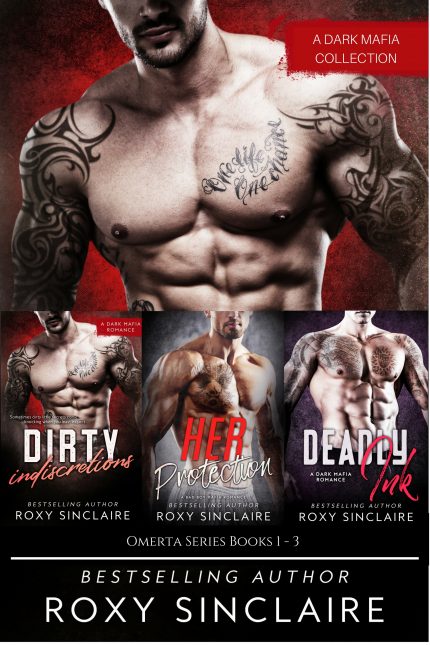