From the bestselling authors of Tempting Me comes another bad boy romance.

Everyone has a dark past they would rather not dig up…

Adam:
I know what it’s like growing up in a house like that. I had to do some things I’m not proud for. But it was all for her. I would do anything to protect her.

But then we had to go our own ways, and I ended up taking part in underground MMA fights to live while on the run from the cops.

She’s back in town. It’s been a few years since I’ve seen Brooklyn. I want her so bad. I wonder if she feels the same, after all this time? I still haven’t told her my deadly secret…

Brooklyn:
Yea we were well off, but that was just for show. My dad was just another abuser.

Adam was in school with me, though I thought he was a prick. Boy, was I wrong about that. He was there at my lowest point but we couldn’t be together then.

I’ve been living the dream working in Hollywood on the big screen. I just wish I had someone to share it with.

My mom died so I had to go back to town. The same town I vowed not to ever go back. I wonder if anyone will know where Adam is now? I never got to tell him my deepest, most lethal secret.

Dirty Fighter is a bad boy MMA romance with some mature themes. There is NO cheating, NO cliffhanger, and a guaranteed happy ending! 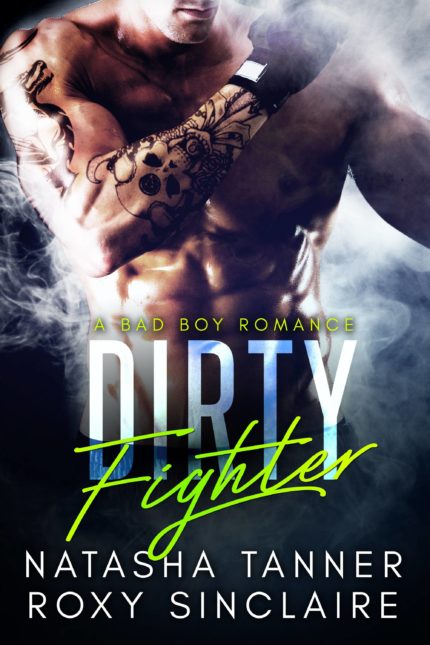