Check out the wild and steamy world of Roxy Sinclaire with these three series starter books:

Dirty Indiscretions – book one of the Omerta series

Touchdown – book one of the Pass To Win series

Lethal Seduction – book one of the Romantic Secret Agents series

Luke:
In Ireland I was a freedom fighter or a terrorist, depending on whose side you were on. I left all that behind, but the only skills I had were the ones I learned on the wrong side of the law. Greco liked that about me. Maybe I reminded him of himself when he was making his way up in the mafia. I was loyal to my Boss. I was there to protect him at all costs and against all threats. Then I met HER.

Touchdown
The biggest touchdown of your life!

Martin:
I’ve always loved her, but I’m poorer than she knows…
Playing my last year in college as the star quarterback people thought I was, it was bittersweet. I hope I get drafted into the NFL to be able to help pay my family back for all they’ve done, and get them out of that trailer. But that would mean being far from Alexa.

She was the cheerleader I always wanted by my side. But man, she could be so stuck up sometimes! That was until our friends locked us up in the dorm and wouldn’t let us leave til we sorted things out. I have no idea what will happen next…

Lethal Seduction
“If you want me to tie you up, all you need to do is ask.”

Scott thought he had left the horrors of Kosovo behind. Sure, his current CIA assignments aren’t a walk in the park, but they are nothing compared to what he witnessed in ’99. But the past has a pretty nasty habit of coming back to haunt you.

He told himself that this job would be his last. But can he live without the thrill in his life? Can he live the ordinary life of a woman by his side and raise kids? Will he be able to get his last shot at love that he so very much desires? Or will he continue doing what he’s trained to do, since it’s ingrained in his soul?

This sampler includes three full length steamy romance novels and is only available for a limited time! There is no cheating in any of these stories, no cliffhangers, and each story has a guaranteed happy ending! 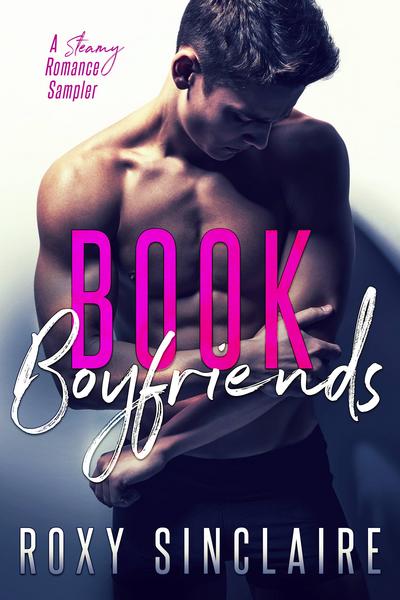